On the evening of April 1, 2016 @ 19:39 hours Kent center alerted South Bowers (Station57), Carlisle(Station 42), Sussex County medic 101, Trooper 2 (Delaware State Police Aviation) for a MVC with confirmed ejection in the 1700 block of Bennets Pier RD. Less then a minute later ambulance 42(carlisle) and 57-15 (Chief B.Johnson) notfied Kent center that they were making a response. Kent Center advised of a Delta response MVC rollover at the end of Bennets Pier Rd with with a report of 2pts, 1 pt confirmed being ejected from the vehicle. Rescue Engine 57-1 responded under the direction of 57-17 (Assist. Chief Harvey) and a crew of 4. Moments later Rescue 42(Carlisle) responded with 16 (Deputy Chief J.R Griffith) and a crew of 6. Kent center then advised that they alerted ambulance 49(frederica) for the 2nd bls.Engine 57-5 responded under the direction of Deputy Chief (Mcconaghy). 57-1 arrived on scene and passed command to Chief B.Johnson. 57-15 arrived on scene as reported with 1 vehicle on its side in the marsh, he also advised Kent Center he had a second vehicle off the roadway just prior to the incident. 57-15 (Chief.Johnson) advised the crew of engine 1 to stabilize the vehicle and assist with pt care. He then advised engine 5's crew to send there manpower up to assist with pt care. Rescue 42 (Carlisle) arrived on scene, 57-15 advised Kent center that 42-16 (Deputy Chief J.R Griffith) would be in charge of the landing zone. Rescue 42's crew set up a landing zone behind there rescue truck for (Delaware State Police aviation). Trooper 2 then advised command the furthest they could fly north was Kent General due to the lightning in the area. Chief Johnson acknowledged and advised trooper 2 that they would still be utilized. 1 patient was taken by aviation to Kent General Hospital. The 2nd patient was transported by bls 49 to Milford. 57-15 then placed the situation under control and returned units when ready. Many Thanks to everyone involved with this incident. Geting to the patient in the marsh was very difficult. 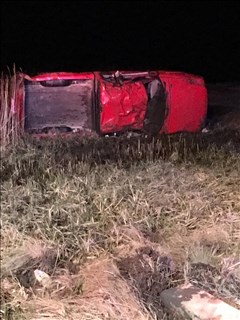 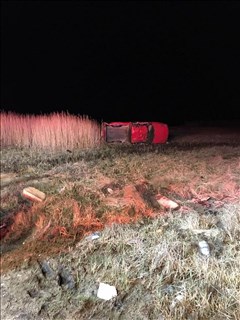 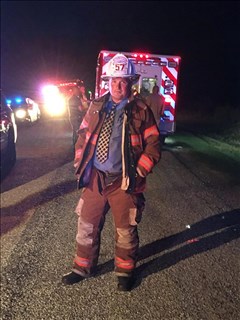